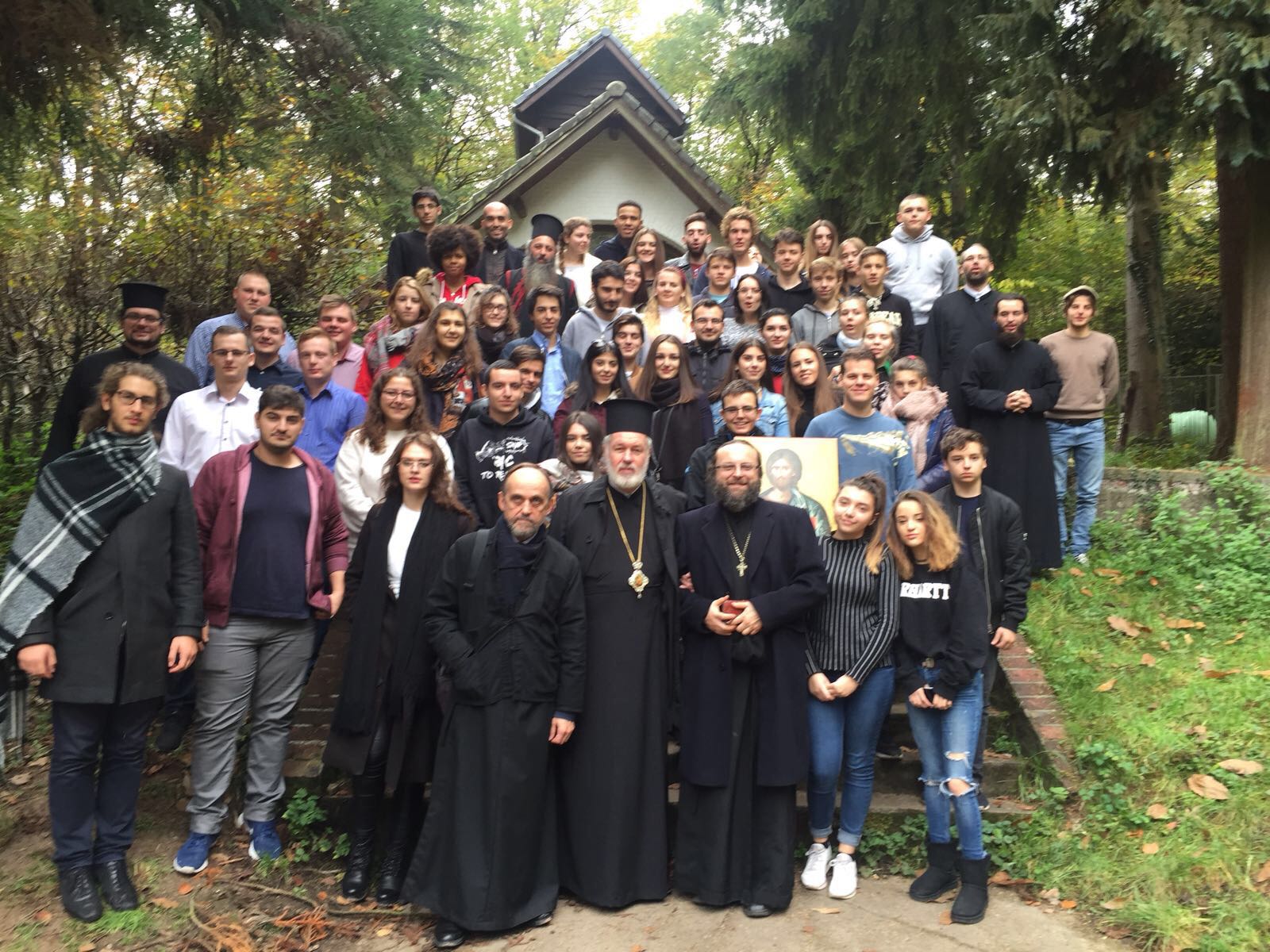 Following the established good traditions, the Orthodox Youth of the Benelux (OJB-JOB) held its annual Orthodox Youth Weekend from October 27-29, 2017. About 80 Orthodox youth came together at “De Kluis” at Sint-Joris-Weert (Belgium) to learn, talk and ask about “Our Brother is Our Life – Relationship in Orthodox Spiritual Life According to Saint Silouan”. Guest speaker was Fr. Nicholas Sakharov from the Orthodox Patriarchal Monastery of St. John The Baptist at Maldon, Essex (United Kingdom), a relative of its founder, the late Geronda (Starets) Sophrony, who was a spiritual child of St. Silouan the Athonite.

The quiet village of St-Joris-Weert is rather easily accessible by train and bus. Nevertheless, as its name indicates, the “Kluis” (=hermitage) is on a remote locating, in the middle of the Meerdaal Forest. It is moreover situated in a little valley, which eases contact with nature and with God, but not with mobile phone networks. For this reason, the trip from the railway station or bus stop to the Kluis turned out to be more adventureous than some had expected.

We were however all being welcomed on Friday evening by the responsible Father Kyprianos Popescu. The weekend began with a vegetarian supper, followed by a first evening walk along quite dry paths through the wood. Meanwhile, we had transformed the sober boy-scout Chapel into an Orthodox field Chapel by means of a mobile Altar, Icons, a candle stand and some candlesticks.

During the Complines we were joined by the local Metropolitan Athenagoras of Belgium, together with Fr. Agapios, a priest from Romanian descent living in Náousa, Greece. There were representatives of no less than 18 nationalities during the weekend: Greeks, Polish, Romanians, Russians, Ukrainians, and even Dutch and Belgians. Nevertheless, we immediately felt connected to each other by our shared Orthodox Faith. The joy of the common prayer and of seeing each other again, unnoticeably moved into a sociable singing time around the campfire.

On Saturday morning, the bell called us to breakfast, after which we celebrated short Matins, followed by the Keynote Speech on the main theme of the weekend. Without being pushy, and neither too detached, Fr. Nicholas managed to start up a lively dialogue. We could ask questions without feeling restrained. Fr. Nicholas gave an honest answer to even the most difficult life questions on relationship. Thereby, he stressed the importance of good relations, especially in our western society, which should meanwhile not make us lose hope – something stressed by St. Silouan himself. Using many examples, by old saints, modern saints, and equally just from the everyday western life, he clarified what is the best way for us. To give one example: Fr. Nicholas compared a relationship to a tomato. If you can’t wait until a tomato is ripe (red), you will never know how it really tastes, and most probably never like it.

After the Questions and Answers session, a short walk, and dinner, there were practical workshops like a chanting course.

The Service of Vespers was presided by the young Priest Antonios Tarlizos, together with Deacon Barnabas Genbrugge, and supported by the youth who had formed a multilingual choir. The chants and prayers passed fluently from one language into another. Fr. Antonios is also one of the driving forces of the OJB-JOB, and was recently ordained to the priesthood.

The peaceful Vespers were followed by the supper and a somewhat longer walk in the forest. Afterwards, those who wanted could take confession at the Chapel. Once more, the campfire offered a beautiful opportunity for singing together and fraternising.

The weekend was crowned on Sunday by short Matins (during which we could still confess), and the Divine Liturgy. The Liturgy was being served by Fr. Nicholas and Fr. Kyprianos, assisted by D. Barnabas. The chanting was once more assured entirely by the youth themselves, under the guidance of Fr. Antonios and of Georgios Antoníou.

After the Liturgy we first emptied and swept the chambers, before sharing the last dinner. The enthusiasm of everyone was obvious from the Conclusions of the weekend. This was also the case for those who assumed that the weekend would be boring. We concluded that the Youth Weekend (and the Meeting Day on May 1st) actually tastes like more. 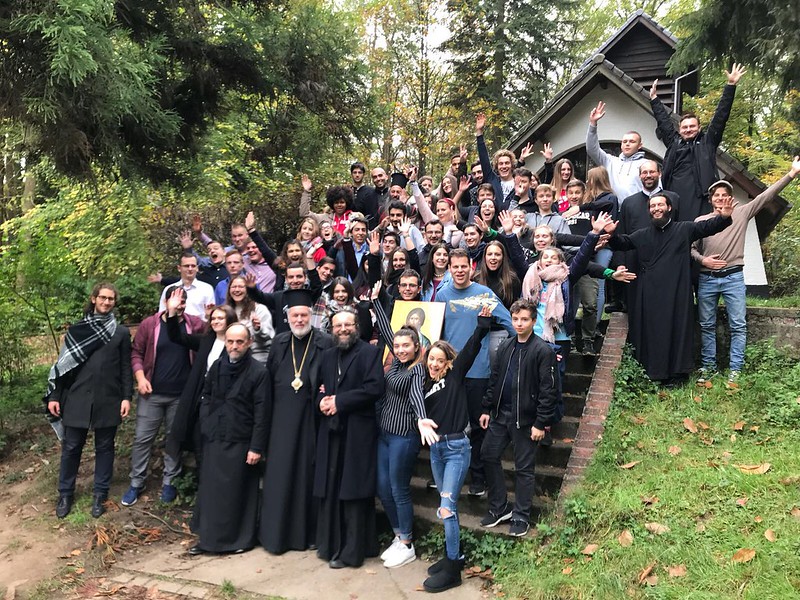