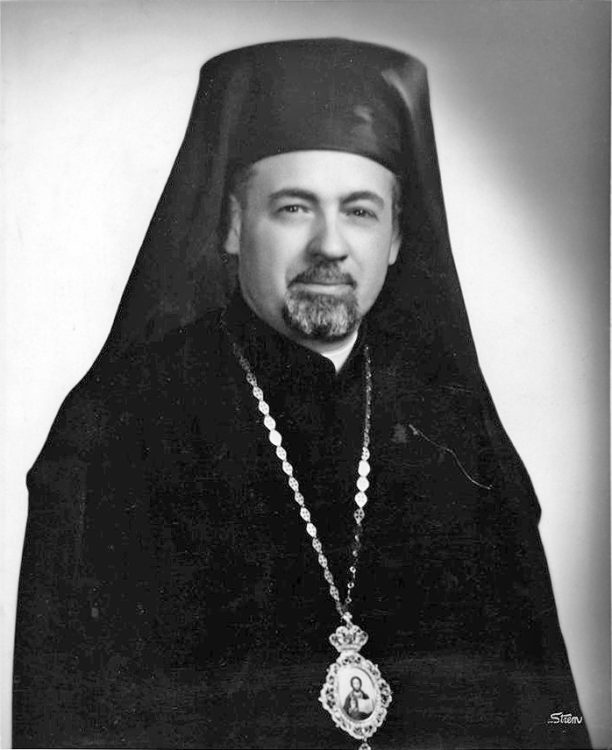 The late Metropolitan Polyevktos Finfinis was born in Constantinople in 1912 and attended the Theological School of Halki from 1928 to 1934. During his final year at Halki he was ordained a deacon by Bishop Benjamin of Heraclea.

On January 16, 1937, he was appointed the under-secretary to the Holy and Sacred Synod of the Ecumenical Patriarchate. On March 20, 1938, he was ordained to the holy priesthood at the Church of the Holy Trinity in Pera by Metropolitan Germanos of Sardes.

After his ordination as priest, Father Polyevktos moved to the United States and served as priest in a number of parishes. He first served for four years in Perth Amboy, New Jersey, followed by serving three years at the Church of St. Demetrios in Astoria, New York. While he was at St. Demetrios, Fr. Polyevktos taught at the Holy Cross Theological school then in Pomfret, Connecticut. From 1944 to 1955, he served as the dean of Annunciation Cathedral in San Francisco, California. In addition to his regular responsibilities at the Cathedral he hosted a radio program for nine years, published an orthodox periodical, and founded an institute of Orthodox Theology.

On October 11, 1955, Fr. Polyevktos was elected by the Holy and Sacred Synod of the Ecumenical Patriarchate Bishop of Tropaios and assigned as an auxiliary Bishop to Archbishop Michael of America. He was consecrated on November 3, 1955 at St. Nicholas Cathedral in Pittsburgh, Pennsylvania by Archbishop Michael and Bishops Theodosios of Evkarpia, Athenagoras of Elaias, and Ezekiel of Nazianze and assigned to serve as the auxiliary bishop of the Sixth Archdiocesan District in Pittsburgh.