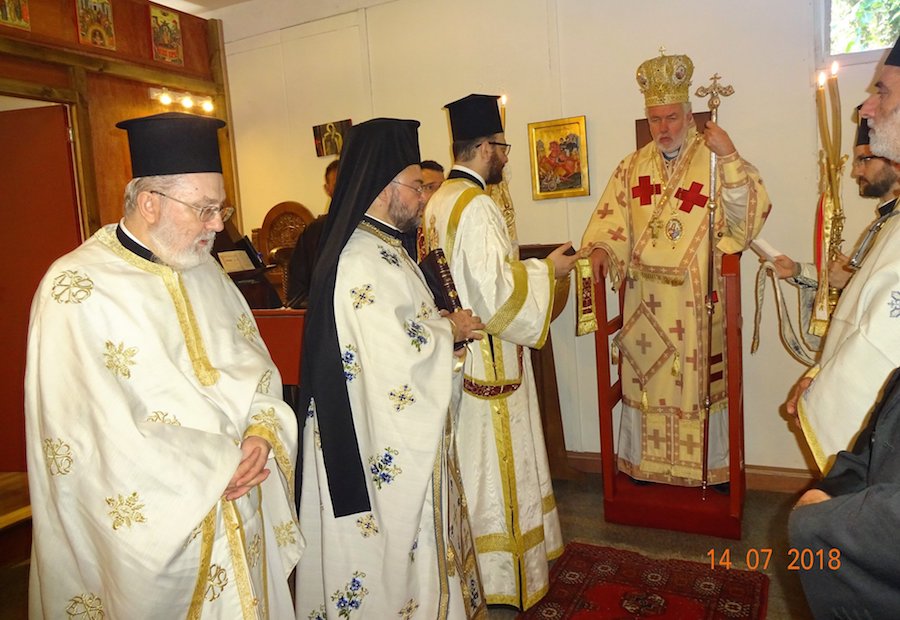 In a briljant way the parish of the Saints Irene the Great-martyr and Paisos de Athonite in Lasne (Ohain) in Walloon Brabant celebrated her second parish feast, honoring the memory of Saint Paisios, a contemporary saint who left us 24 years ago.

On Saturday, July 14, 2018, the Pontifical Divine Liturgy was celebrated by His Eminence Athenagoras, Metropolitan of Belgium and Exarch of the Netherlands and Luxembourg, surrounded by priests and deacons from Belgium and several guest priests.

In his homily, His Eminence referred to the immense spiritual enrichment that St. Païsios could leave during his lifetime. He was extremely humble and since his youth he was determined to dedicate himself to the Lord. He was rewarded for this with a gift that allowed him to “hear and see the misery and suffering of the brother”. Among the countless testimonies in our possession, the Metropolitan – who had the immense honor and blessing to personally meet the saint during his life – chose to speak about the views of the saint about the importance of the family, the self-denial of parents and the austerity of a good relationship between them, as well as the primordial role of the mother.

The celebration ended with a reception and a festive meal.