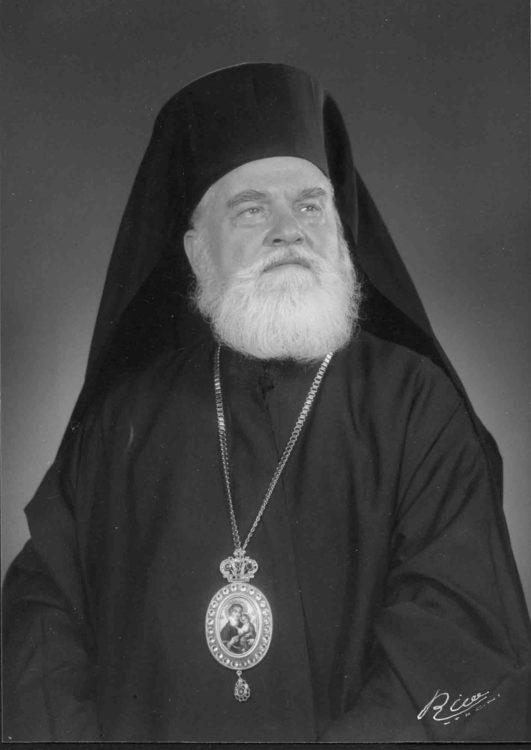 The late Metropolitan Emilianos (Zacharopoulos) was born on April 12, 1915 in Halki, Turkey. In 1936, he graduated with a Master’s degree in Theology at the Theological School of Halki. In 1937, Metropolitan Emilianos of Philadelphia ordained him to the diaconate for the Parish of Ss. Constantine and Helen in Constantinople. He later served as a deacon in the Patriarchate. In 1951 the late Ecumenical Patriarch Athenagoras named him Great Chancellor of the Ecumenical Patriarchate and ordained him to the priesthood.

In 1959, he was elected Metropolitan of Selevkia by the Holy Synod of the Ecumenical Patriarchate. His consecration took place on June 12, 1959 and was conducted by Patriarch Athenagoras, assisted by the Metropolitans Thomas of Chalcedon, Iakovos of Derka, Leontios of Theodoropolis, Konstantinos of Irinoupolis, Filotheos of Prikonisos and Iakovos of Philadelphia. Some years later, he became a member of the Holy Synod of the Patriarchate, until April 21, 1964, when he was exiled from Turkey. When the Patriarchate created the Metropolis of Belgium and Exarchate of the Netherlands and Luxemburg in 1969, he was elected its first metropolitan. He was enthroned on November 11, 1969 at the Ss. Archangels Cathedral in Brussels.

He laid the foundation for the newly established Metropolis of Belgium,  resting on the great experience he had as Great Vicar General of the Ecumenical Patriarchate. He founded new parishes, bought houses where chapels were housed, and an institute where the Greek School was established. In Belgium he maintained good contacts with the other Christian Churches, but attempted to obtain official recognition from the Orthodox Church, by working together with representatives of the various orthodox jurisdictions. During his time in Belgium he ordained two assistant bishops: in 1974 Bishop Panteleimon of Apollonia (later Metropolitan of Belgium) and in 1977 Bishop Maximos of Evmenia.

In December 1982, he was transferred by the Holy Synod to the Metropolis of Kos. In 2009, Metropolitan Emilianos resigned as Metropolitan of Kos and Nisyros and retired to Athens. He reposed on September 8, 2011. His funeral was held at the Church of St. Barbara in Palaio Faliron in Athens on September 10.