The late Metropolitan Athenagoras of Thyateira (1884-1962) 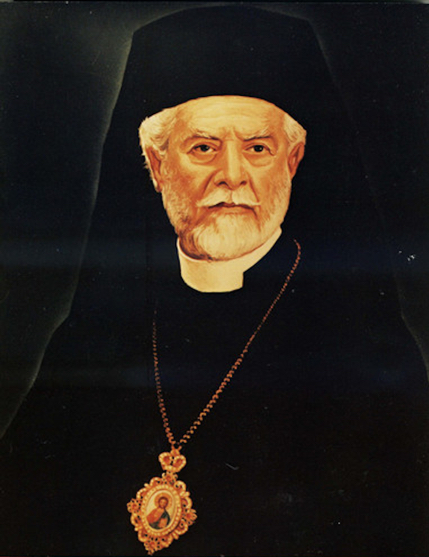 The late Metropolitan Athenagoras of Thyateira (1884-1962)

The late Metropolitan Athenagoras Kavadas (1884-1962) was born in Corfu (Greece), studied theology in Athens. He was ordained deacon in 1909 and priest in 1910. The same year he became the vice rector of the Rizarion Seminary in Athens, until 1917. In the 1918-1919 academic year, he studied in Oxford on a scholarship.

In 1921, he was called by Metropolitan Meletios Metaxakis, who later became Ecumenical Patriarch, to America, where he served until 1949 several Greek parishes. After he was named Chancellor of the Archdiocese of America. In 1937, he was appointed rector of the “Holy Cross” Institute of Theology in Brookline (Boston).

On May 31, 1938 the Ecumenical Patriarchate elected him assistant bishop of the Archdiocese of America with the title of Bishop of Boston. His ordination took place in the Cathedral of the Annunciation in Boston on June 5, 1938. It was the late Archbishop Athenagoras of America, who later became Ecumenical Patriarch, who consecrated him together with the Bishops Kallistos of San Francisco and Theodosios of Evkarpia. On June 7, 1949, he was elected Metropolitan of Philadelphia and appointed permanent representative of the Ecumenical Patriarchate in Athens. In 1950, he was asked to look over the parishes in Austria, Hungary and Italy, which continued to belong to the jurisdiction of the Archdiocese of Thyateira. Following the death of Metropolitan Germanos of Thyateira, he was elected on April 12, 1951 Archbishop of Thyateira and Exarch of Western and Central Europe (with his See in London).

Archbishop Athenagoras Kavadas was much involved in the dialogue between the Christian Churches and represtented the Ecumenical Patriarchate in meetings of the World Council of Churches.

He cared also about the parishes in Belgium and the Netherlands. During the last years of his life thousands of Greeks arrived in Belgium to work in the coal mines. With them several priests were sent to Belgium, among them Archimandrite Panteleimon Kontogiannis (later Metropolitan of Belgium).